Induction heating is a contactless method, based on heating the bodies by means of energy absorption from the alternating magnetic field, generated by an induction coil lc (see Diagram A). There are two mechanisms of energy absorption: eddy current losses and hysteresis losses. Eddy currents Iw (see Diagram A) are being “induced” in conductive materials by a magnetic field that penetrates into the bodies. Eddy currents flow in closed loops inside the bodies and heat them due to the electrical resistance of their material. 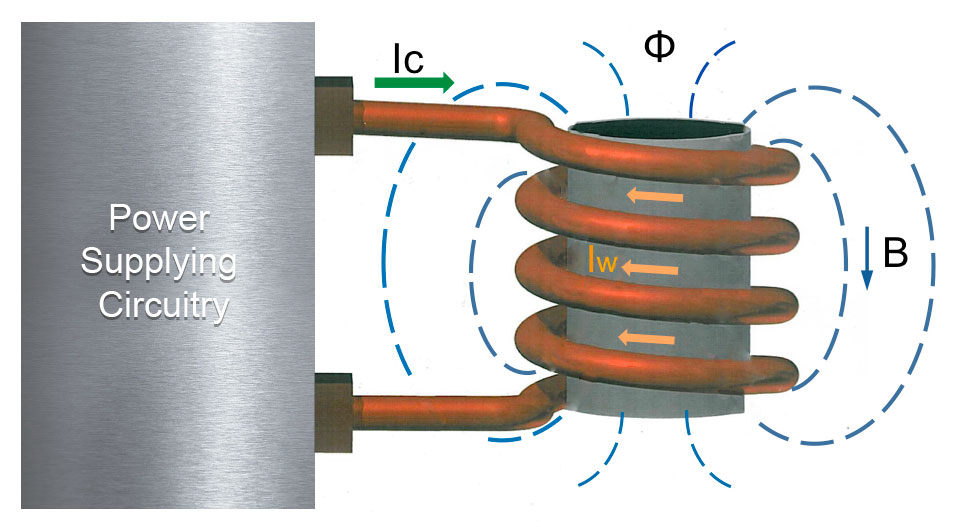 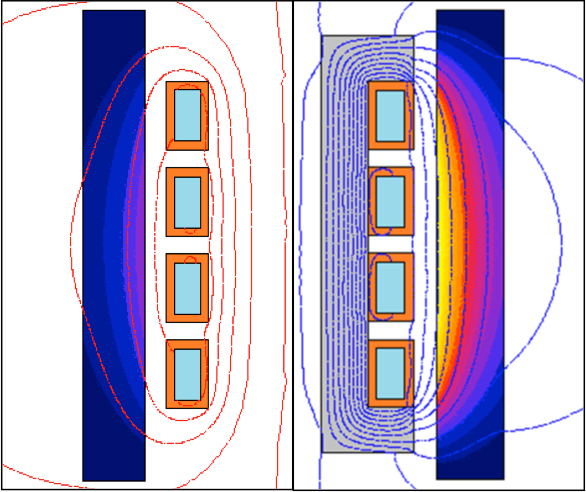 In solid materials, hysteresis losses are much lower than eddy current losses and often neglected in calculations. In particulate materials, they are a major or even only source of heating. In both cases, heat intensity is approximately proportional to magnetic flux value Φ squared. According to the laws of physics, magnetic flux flows along the closed path around the coil turns. Magnetic materials provide an easier way for magnetic flux to flow than air. By placing magnetic controllers in specific areas we can control the value and distribution of the magnetic flux density B. Depending upon its function (effects), a controller may be called a concentrator, diverter, shield, core, or impeder (in welding).

On many occasions, the controller can play several roles, such as concentrating field in one area and reducing in another. Due to a favorable combination of magnetic, thermal, electrical, and mechanical properties, Fluxtrol composites are excellent materials for different types of magnetic controllers. 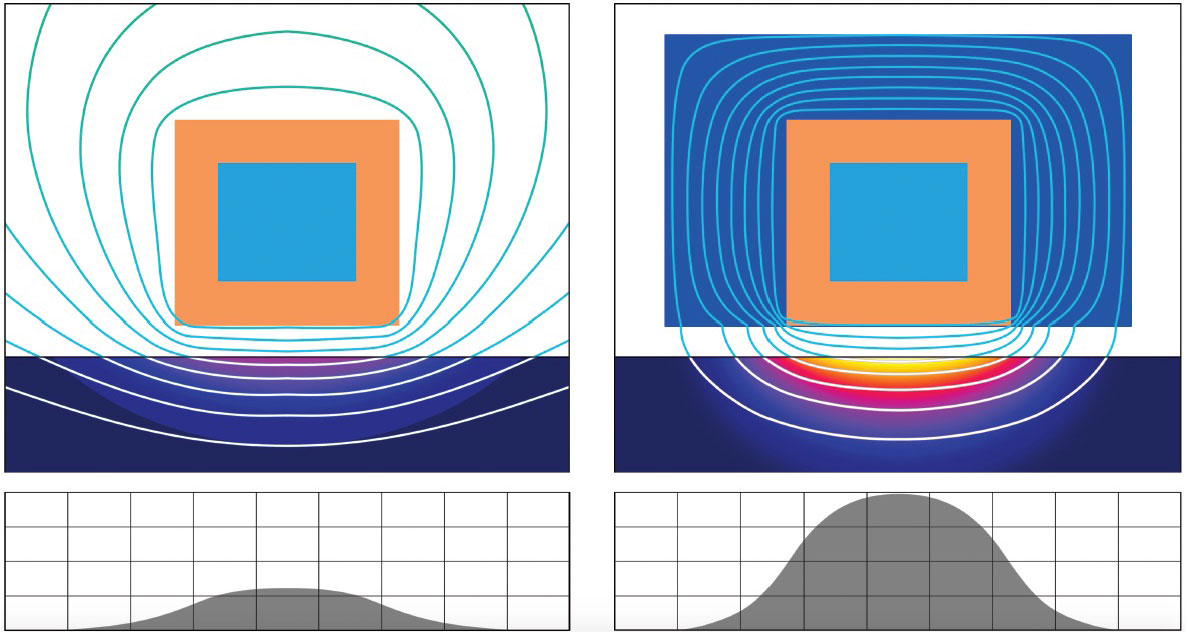 Application of C-shaped concentrators surges magnetic flux produced by the coil current and increases power generated in the part. In addition, the concentrator makes power distribution under the coil “face” narrower and closer to a rectangular shape. This results in better utilization of induced power.

Power distribution along the part surface, magnetic field lines concentration and power density color maps for a coil with and without concentrator. 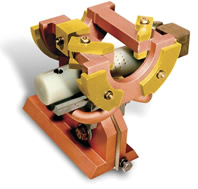 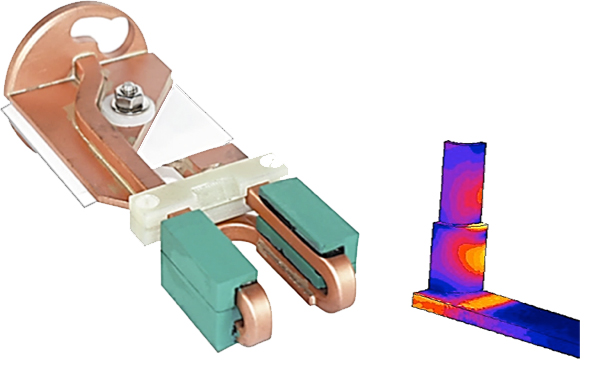 This horse-shoe coil was designed for brazing an output pipe to aluminum car heat exchanger. In addition to big improvement in coil efficiency, the magnetic controller precisely distribute power between three components of the joint guaranteeing high quality of brazing. 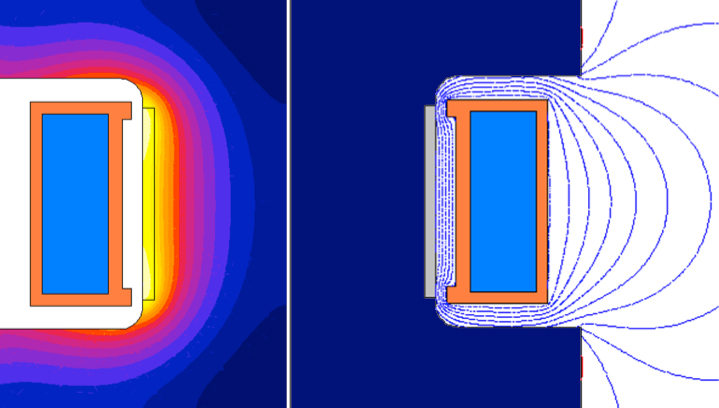 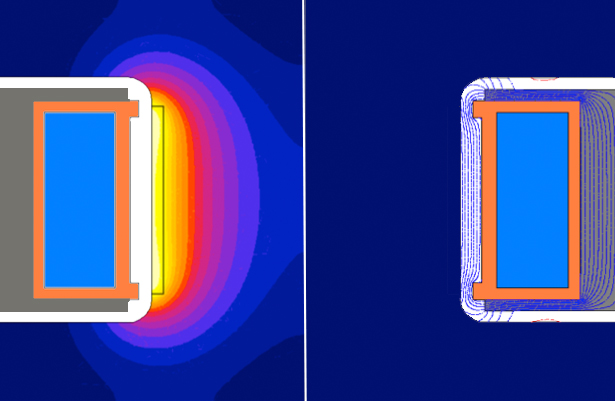 Fluxtrol composites are excellent materials for shielding when used alone or in combination with Faraday shields (conductive rings).

In melting furnaces working in a vacuum or protective atmosphere, shielding not only improves the furnace efficiency and reduces the coil current, but also eliminates losses in the chamber. It allows a designer to reduce the chamber dimensions or increase melting unit size for the same chamber. 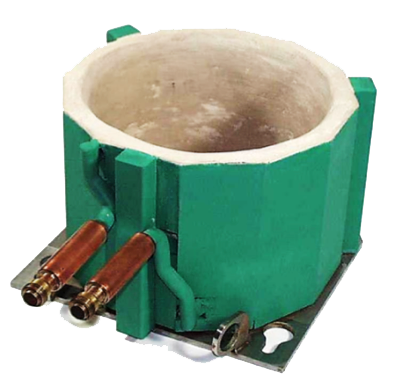 Ceramic-lined induction coil with Fluxtrol A shields (side and bottom) for melting radioactive materials in protective environment (glove box application). 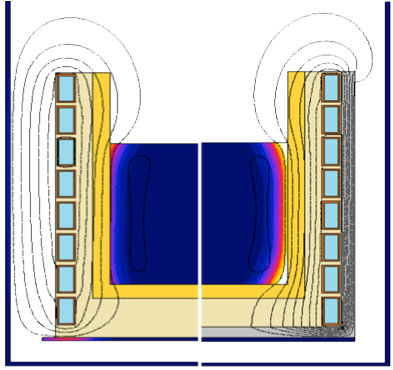 Magnetic flux line and power density distribution in a melting system without (left side) and with magnetic shields. 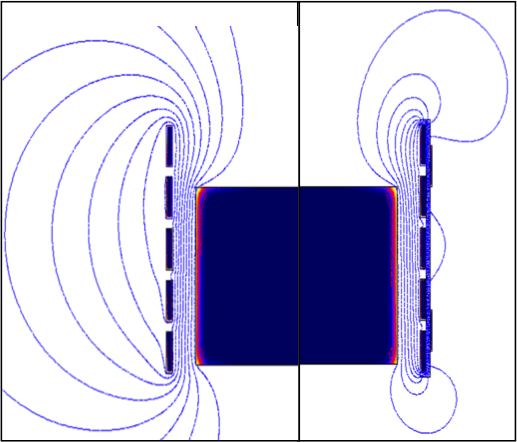 In melting furnaces working in a normal environment, magnetic shielding protects the frame components from unintended heating and strongly reduces the magnetic field on workplaces without impairing the coil efficiency.